Experiments with magnets and our surroundings

A gallery of magnetic fields

This page has several cool diagrams of magnetic fields.  Studying these help give you a feel for how magnets actually interact with one another and with other objects.  You will see that the fields can bend and move, and can even pop out of a magnet at places other that what you may expect to be the typical pole areas.

To see field lines and magnetic field strength for specific configurations, check these out:

A Gallery of Magnetic Fields  (this will open in a new window)
(This is a fairly large file.  If you have dial-up, you may want to skip this, or let it download and save it to your disk for later viewing.)

Here is a link to another software vendor whose program can also show what the magnetic fields inside motors and generators look like as the rotor is turning, in an animation.  Check out their Products section, especially the Flux2D program.  Very cool! 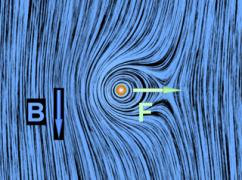 The picture above is from a site that has very interesting graphics and movies on magnetic and electric fields:
http://web.mit.edu/8.02t/www/802TEAL3D/visualizations/guidedtour/GuidedTour.htm 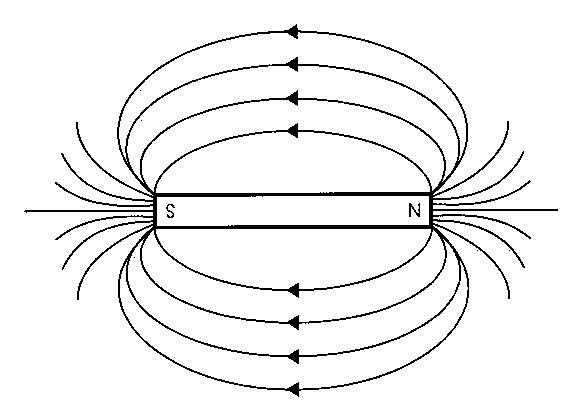 You can see these magnetic fields yourself by placing a magnet under a piece of paper and sprinkling iron filings onto the paper.  Spray the paper with Krylon to make the iron filings stick in place.

The diagram below is the result of running Maxwell for a magnet of similar geometry.  As you can see, this is more accurate and detailed.  It also shows that some of the field actually exits along the sides of the magnet - not everything comes out of the poles!  You will also notice that none of the field lines touch each other because they don't want to.